The validation of GOME-2 OClO columns relies on the comparisons with ground-based polar ZenithSky NDACC stations.

Validation of the GOME-2/MetopA and MetopB data records has been performed.

The validation of IASI HNO3 columns relies on the comparisons with ground-based FTIR NDACC stations. The methodology used will be similar to Ronsmans et al., 2016. First results will be available as soon as recent HNO3 data from NDACC is available and when there is at least one year of the operational IASI HNO3 product available.

end March 2015: all partners put drafts together and as a function of the total budget, priorities will be set up

The updated Man-Month corresponding to each of these WPs is summarized here (version of end Sept. 2015, for the proposal submission):

The validation of IASI CO columns relies on the comparisons with direct comparison with ground-based FTIR at different NDACC and TCCON stations.

Validation of IASI MetopB and MetopC is performed using profile (NDACC stations) or column data (TCCON stations) from the station shown shown below. Results for IASI MetopA are available in previous validation reports. 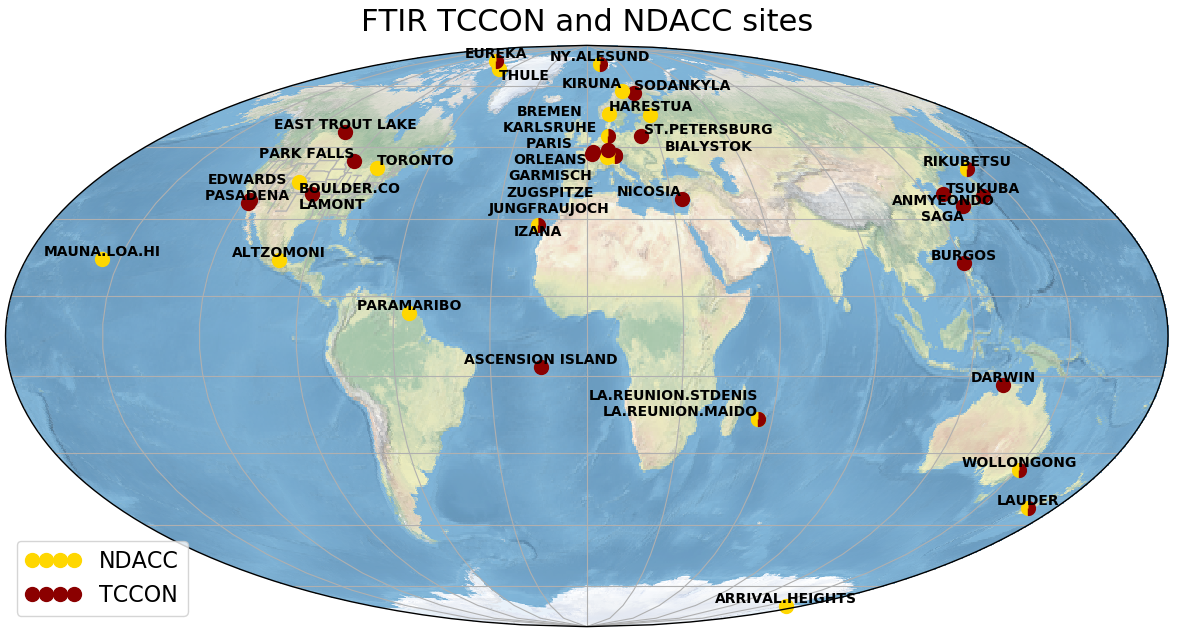 The Quality Assessment page allows for the monitoring of L2 trace gas products for the METOP GOME-2 intruments. The goal is to provide an easy tool to quickly spot anomalies and trends in the data.

Online figures can be found in the QA results tab (here) after registration, with interactive gas, platform and product version, for several geographical regions of interest.

This part of the website is on continuous upgrade.